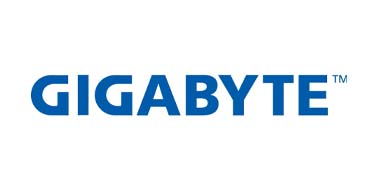 Based on the RDNA 2 architecture and designed to handle the graphical demands of 1080p gaming, the Gigabyte Radeon RX 6600 XT EAGLE Graphics Card provides an immersive gaming experience with your PC games. The GPU features 8GB of GDDR6 VRAM and a 128-bit memory interface, offering improved performance and power efficiency over the previous RDNA-based generation.

The front panel of the card features a variety of outputs, such as DisplayPort 1.4 and HDMI 2.1. HDMI 2.1 supports up to 48 Gb/s bandwidth and a range of higher resolutions and refresh rates, including 8K @ 60 fps, 4K @ 120 fps, and even up to 10K. The Radeon RX 6600 XT supports APIs such as DirectX 12 Ultimate and OpenGL. These APIs can take advantage of the GPU’s 2048 Stream Processors to accelerate parallel computing tasks, taking some of the processing load off of the CPU.

For cooling, Gigabyte implemented the WINDFORCE 3X cooling system. It features three 80mm fans. The fans feature unique blades, where the airflow is split by the triangular fan edge, and guided smoothly through the 3D stripe curve on the fan surface. With alternate spinning, the fans reduce turbulence and increase air pressure. The 3D Active Fan provides semi-passive cooling and the fans will turn off when the GPU is in a low-load or low-power state. There are also seven composite copper heat pipes and a large copper plate with direct contact to the GPU and VRAM, which efficiently transfers heat. The extended heatsink design allows airflow to pass through, providing better heat dissipation.

Restores clarity to in-game images that have been softened by other post-process effects. RIS combines with GPU upscaling to provide sharp visuals at fluid frame rates on very high-resolution displays, and works across DirectX 9, 12, and Vulkan titles.